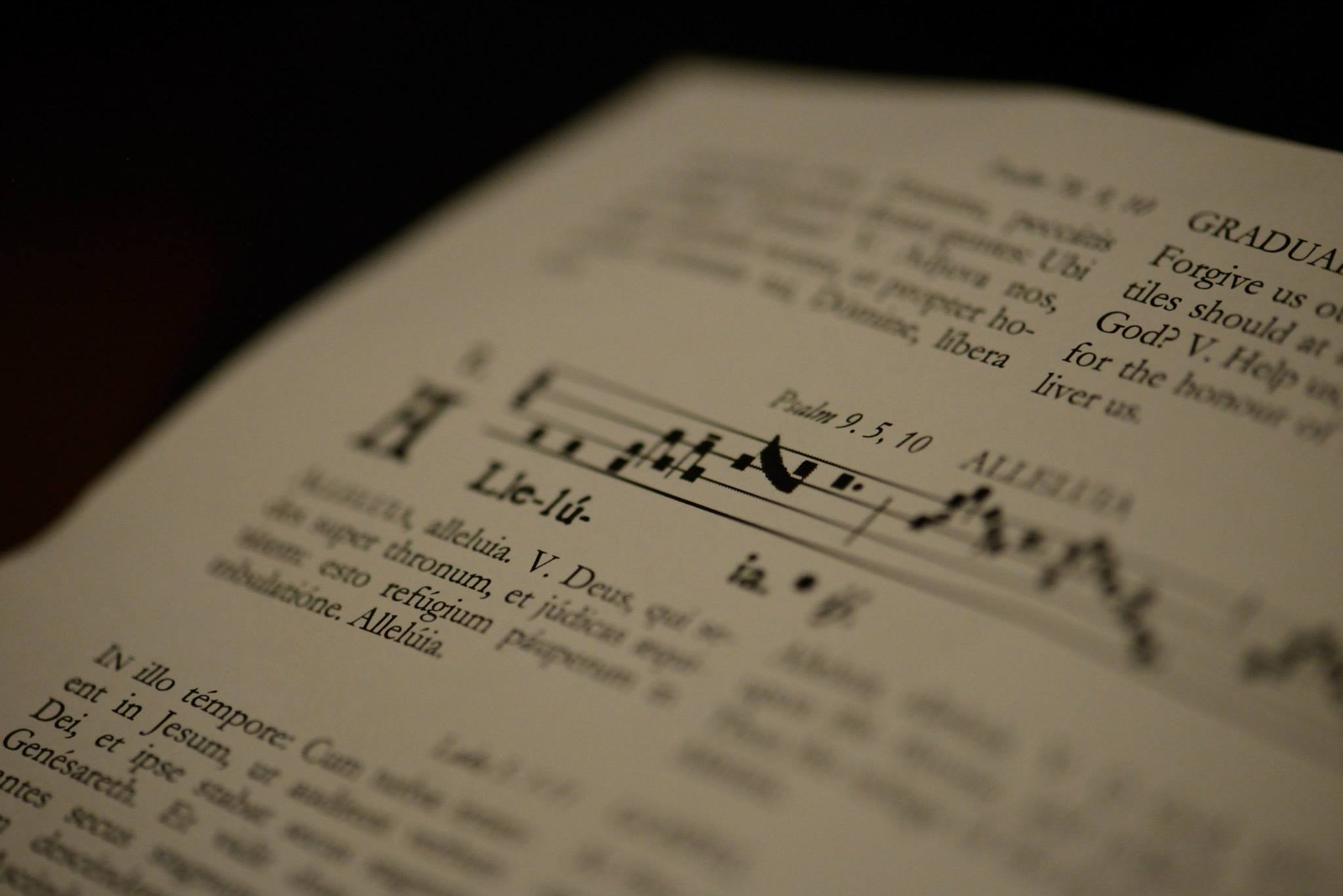 This is a description of the Traditional Latin Mass Parish Gregorian Chant notation, so that anyone will be able to read the notation and sing it.

Chant is written in neumes, which are notes sung on a single syllable.

Gregorian Chant has no meter at all. vertical lines separate musical phrases and allow a pause for taking a breath, like

Chant is not in a major key or a minor key, but in modes (though there are some modes which can sound like a modern scale).

marks where Do or C is on the staff. Here, it is on the third line from the bottom, so the lines would go F-A-C-E.

would mean that Do is on the top line, so the notes on the lines would be D-F-A-C.

is a Fah Clef, and indicates where fah is on the staff. Here, Do would be on the bottom space.

Chant notation is on the left. The modern equivalent is on the right.